Dubai Metro Route 2020 is the extension of the Dubai Metro route Red Line up to Expo 2020. This extension is a five-staged significant extension and will cost about 2.9 Billion US Dollars. The Road and Transportation Authority (RTA) is looking after this project, which was signed in 2015. The construction of Route 2020 officially began in 2016 and got completed by the end of 2019. The Road and Transportation Authority (RTA) has announced the inauguration to be held in May 2020. This extension will help the people to travel from the commercial part of the city to the residential section. Dubai Metro Route 2020 is estimated to serve 270,000 passengers annually. This route will not connect with the Dubai Metro route Green Line. 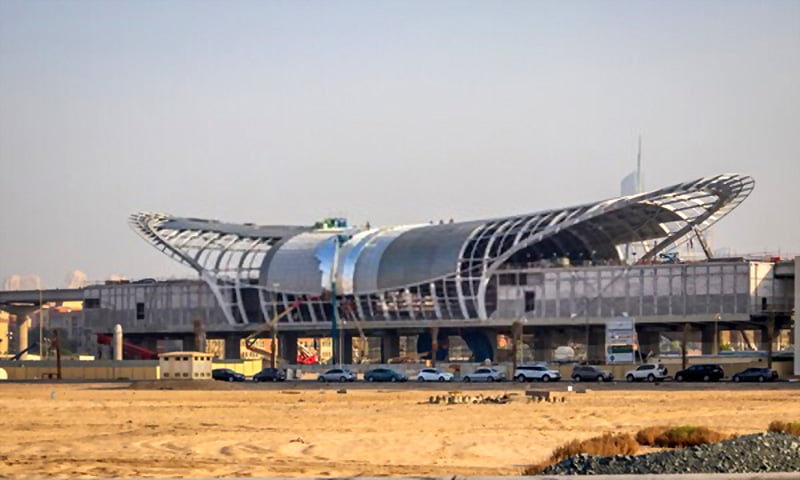 According to Dubai Metro Route Planner, Dubai Metro Route 2020 will connect Nakheel Harbor and Tower Station to Expo 2020 site. Route 2020 extension line is 15 km long, out of which 3.8 km is underground. The underground tunnels are expected to be deep around 12.5 meters to 36 meters. The underground tunnel will start from Al Furjan and will go all the way up to Green Community. Five out of the seven stations are in Zone 2, and the rest of the two stations are in Zone 3. The names of the stations are yet to be finalized by the Road and Transportation Authority (RTA) Dubai. The Nakheel Harbor and Tower station will act as a transfer station between Red Line and Route 2020. The final name of this Line is yet to be announced, and it will be published after naming rights are sold.

The Expo 2020 station is the biggest station in the Dubai Metro extension project. A large number of guests are likely to visit during the Expo 2020, and by far most, will utilize Route 2020 to get to Expo 2020. Foreseeing this, the station has been worked to assist more than 520k passengers in the two directions. That would mean 29,000 passengers each hour on each side. It is a multi-level station with a ground floor, mezzanine, concourse, and the train platform-level. People on foot can walk between the different sides of the station through the concourse level. 50% of the work has just been finished at this station. The station’s structure depends on the wings of a plane. It would be a famous station like Canary Wharf in London.

*Station names have not been finalised. Names are given based on the area where the station is located.

Route 2020, Journey into the Future 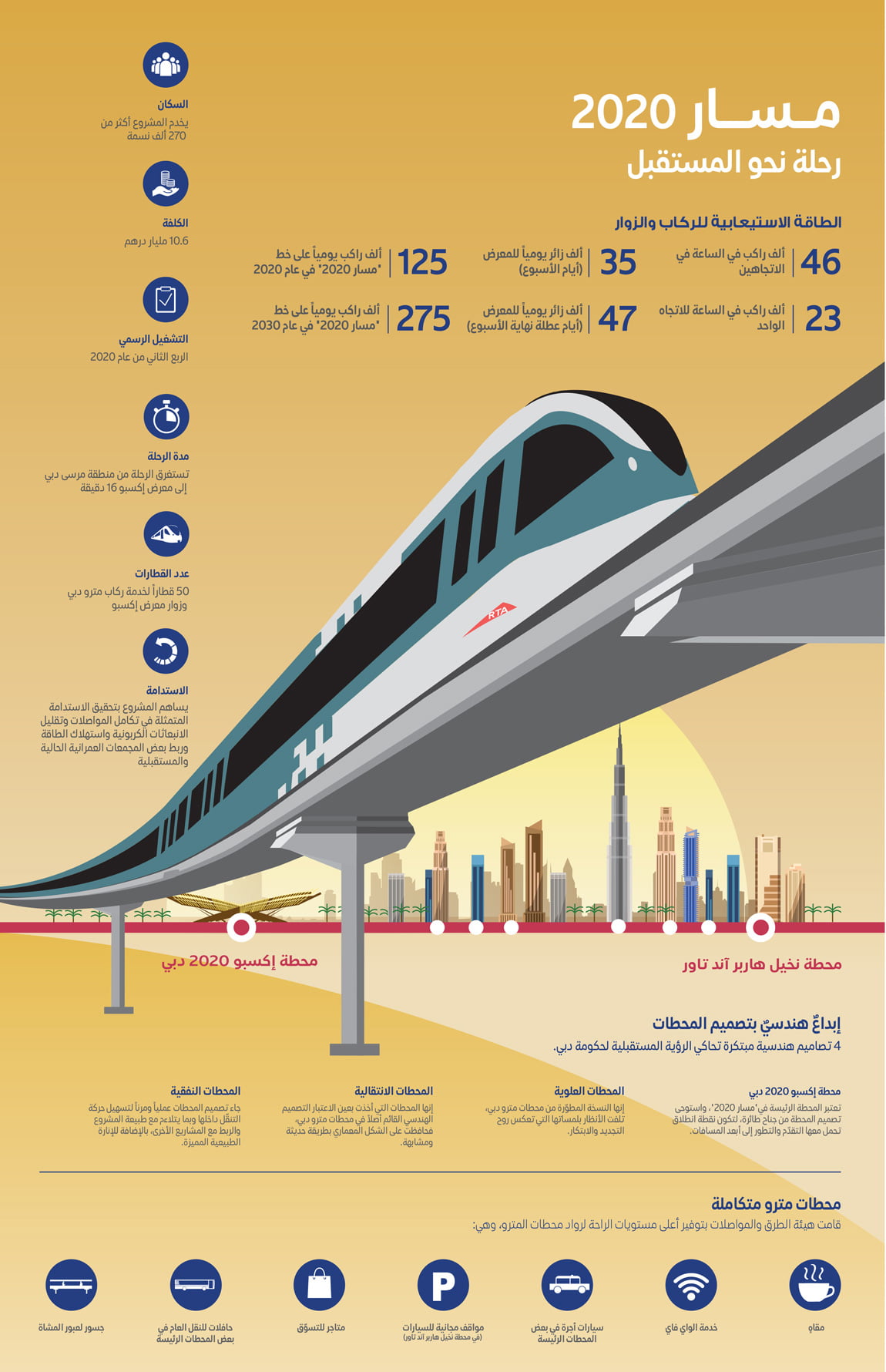