Dubai Metro is the network that connects the city from one end to the other with two lines. The construction of these two lines started in 2006, and after the span of 3 years, Dubai Metro was operational for the first time. It was not fully functional at that time; few of the stations were opened in the period of 2009 to 2011. The total cost of this project was about 7.6 Billion US Dollars at that time. This Metro held the record for the world’s longest driverless metro line until 2011, but its sub-network The Red Line still holds the record for the world’s longest single driverless metro line. This is one of the best Metro all around the world as far as safety and comfort are concerned.

The Road and Transportation Authority (RTA) Dubai is the caretaker of the Dubai Metro. This organization was formed in 2005 for the planning and execution of the Dubai Metro plan. This organization also keeps the city on the move while maintaining all the safety measures. It is also responsible for handling other transportation facilities all around Dubai.

Road and Transportation Authority Dubai (RTA) offer a wide range of jobs in every field. As the Dubai Metro is progressing day by day, the Dubai Metro recruitments are also increasing. As there is the inauguration of Route 2020 by May 2020, this creates a lot of job opportunities in the vast majority of fields. Road and Transportation Authority Dubai (RTA) not only advertise for the Dubai Metro job vacancy but also for the other areas of public transport. As the job pool is very large, the chance of getting a job are also very high. The job title varies from IT operation to the Mechanic. 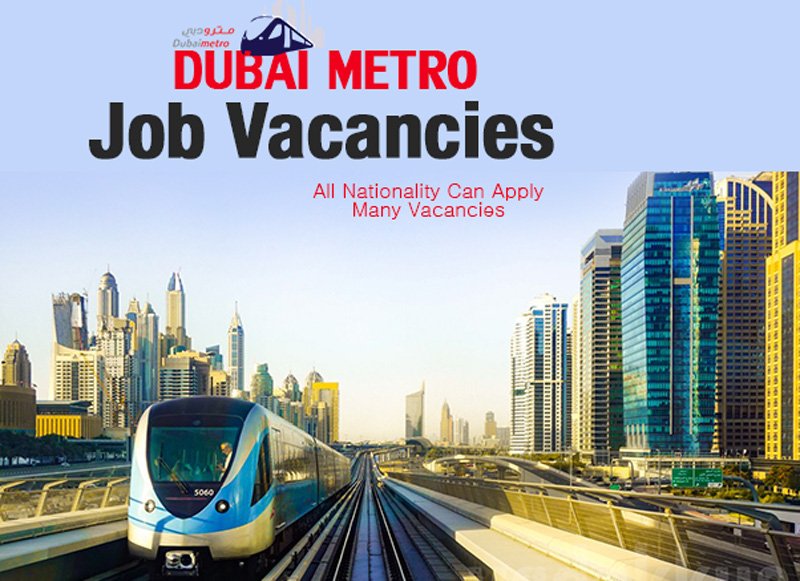 There are many other Dubai Metro Career Vacancies other than those mentioned above. You can visit the official website of Road and Transportation Authority (RTA) for the detail about the appointments. Jobs are usually indicated on the first page of the site. You can also use the search option with a filter to search for a job that suits your qualifications. There are also some jobs that are strictly for female candidates.